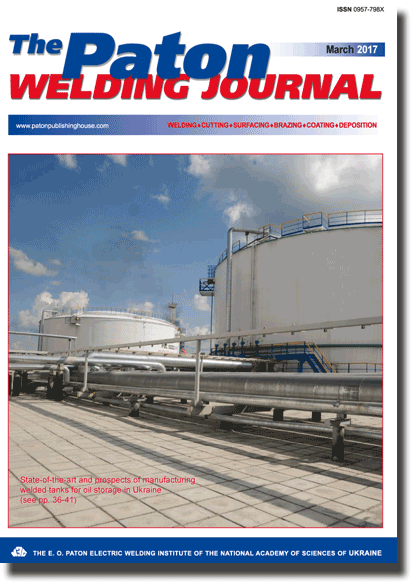 Abstract
In the work the possibility of forming a thermally stable nanodimensional polygonization substructure in the sprayed electric arc coatings of Sv-08G2S and 12Kh18N10T wires was studied applying the additional deformation and pre-recrystallization heat treatment. It was shown that carrying out additional deformation of coatings allows 15–40 % increasing the duration of holding at heat treatment of up to 90–180 min without a significant deterioration in hardness due to decrease in the mobility of polygonization subboundaries. It was established that the size of the coherent scattering regions (CSR) of both deformed coatings, as well as coatings without deformation after performing the heat treatment (which provides the maximum hardness) is 1.5–3.0 times smaller than that in the state after spraying. With an increase in duration of holding the deformed coatings up to 150 min, the size of their CSR due to reduced mobility of subboundaries increases slightly, that is correlated with the slight decrease in hardness. As a result, carrying out the additional deformation by 40 and 15% and the subsequent heat treatment of the sprayed electric arc coatings of Sv-08G2S and 12Kh18N10T allows forming a thermally stable nanodimensional polygonization substructure, which provides an increased hardness as compared to the sprayed state by 75 and 54 %, respectively. 8 Ref., 1 Table, 2 Figures.


View/Download PDF of this issue, the file size (Kbytes): 3541
Pricing information for subscription