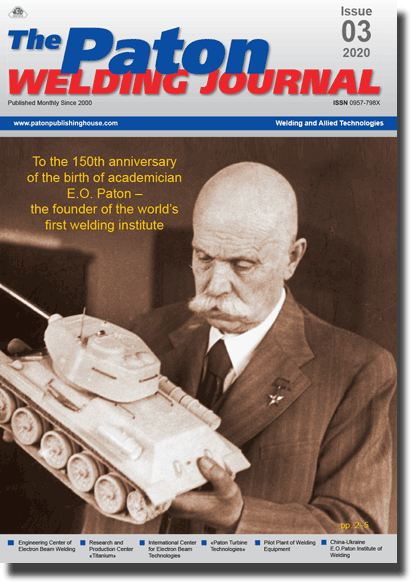 Abstract
The accidents occurring on railway track of 1520 mm are often associated with the fracture of cast load-carrying elements of three-element freight car bogies. The level of quality and endurance of such bogie elements as side frame and bogie bolster, which are traditionally manufactured by casting technology, are insufficient, so it is advisable to use welding technology to manufacture the mentioned parts of sheet rolled metal in order to increase the fatigue resistance characteristics. The development of a new all-welded structure of side frame of a three-element freight car bogie with an axial load of 23.5 ts was carried out on the basis of widespread use of mathematical modelling to determine the stress-strain state of welded elements of the bogie under the action of a regulated range of loads and to evaluate the strength according to the valid standards and modem global approaches. The technology of assembly and welding, as well as the appropriate specialized equipment for manufacture of a developed design of welded side frame were created. Two test specimens were manufactured and accelerated fatigue tests were carried out, the results of which showed a significant increase in endurance and vitality under operational cyclic loads as compared to designs of existing cast side frames. Taking into account high values of reliability, availability and manufacturability, ability of a significant reduction in unsprung weight and increase in dimensional accuracy, the welded structure of the side frame of a three-element freight car bogie is very promising for its implementation on railway track of 1520 mm. 9 ref., 2 Tables, 6 Figures.
Keywords: freight car bogie, side frame, welded structure, technology of production, fatigue resistance, life, vitality, mathematical modelling, calculation, fatigue testing

View/Download PDF of this issue, the file size (Kbytes): 7677
Pricing information for subscription