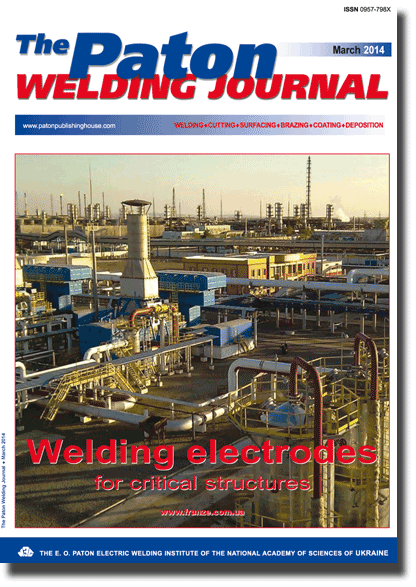 PROSPECTS FOR DEVELOPMENT OF LOAD-CARRYING ELEMENTS OF FREIGHT CAR BOGIE


Abstract
In recent years accidents related to fracture of cast load-carrying elements of three-piece bogies of freight cars have become more frequent in the railways of Ukraine and Russia. The work substantiates the rationality of development and application of all-welded load-carrying elements of freight car bogie (FCB), improving their operational reliability. Welded structures of FCBs are widely applied in West Europe. Attempts to develop structures of all-welded elements of FCBs irreplaceable with cast structures are made in Ukraine and Russia. However, none of the developed welded structures is currently applied at regular cargo transportation, because of non-optimal design of bogie welded elements in terms of ensuring the required fatigue resistance margin. To develop a competitive welded solebar and bogie bolster it is, first of, all necessary to increase the fatigue resistance of bogie elements, improve the accuracy of solebar fabrication to avoid skewing of wheelset axles, leading to fast wear, lower their weight and cost, increase element run between scheduled depot repairs. Strength analysis of bogie welded elements should be performed in keeping with the norms currently in force, as well as current world standards, norms and recommendations, allowing for the most recent achievements in the field of dynamics of railway cars and methods to determine welded joint fatigue resistance. 20 Ref., 8 Figures.

View/Download PDF of this article, the file size (Kbytes):644
Pricing information for subscription