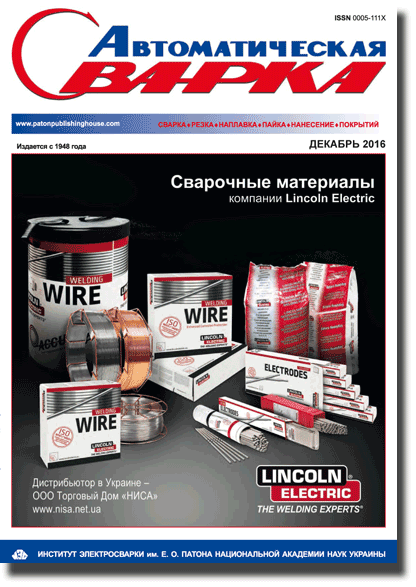 Abstract
A checking calculation of static strength was carried out for welded structure of a disk of smoke exhauster impeller under service loading. The impeller consists of the disk and welded to it cylinder shell with twenty blades uniformly located along its perimeter. Stressed state, being realized in the disk during operation, is caused by effect of inertia appearing as a result of impeller rotation with a constant angular velocity. The stress components were determined by solving a boundary problem of quasi-static elasticity theory. Setting of the boundary conditions required to determine stress on a disk outer profile, promoted by centrifugal forces, developed by blades. A corresponding formula was proposed for this taking into account mass-centering characteristics of the blade. It is determined that the maximum radial stress of the stamped disks of 48 and 44 mm thickness acts in a hub and makes 28 and 29.5 MPa, respectively. The maximum circumferential stresses at that are more than two times lower than the radial ones. The main difference between welded and stamped disks is a presence of stress concentrators, caused by geometry inhomogeneity of structure in zone of welded joints. Stressed state in the zone of stress concentration was described using an engineering method based on broken-sections hypothesis. The results of calculations of a stress concentration factor by proposed method well agree with the results, received by a finite element method. Taking into account stress concentration in the welded disks of 48 and 44 mm thickness the maximum radial stress acts in the place of ring to shell conjugation and makes 35.8 and 37.5 MPa, respectively. These values exceed stresses in the hub for corresponding stamped disks more than by 20 %, however it is 5 times lower than the yield strength of disk material. It can be state due to this that static strength is provided for both studied welded structures of the disk. 14 Ref., 12 Figures.


View/Download PDF of this article, the file size (Kbytes):1173
Pricing information for subscription