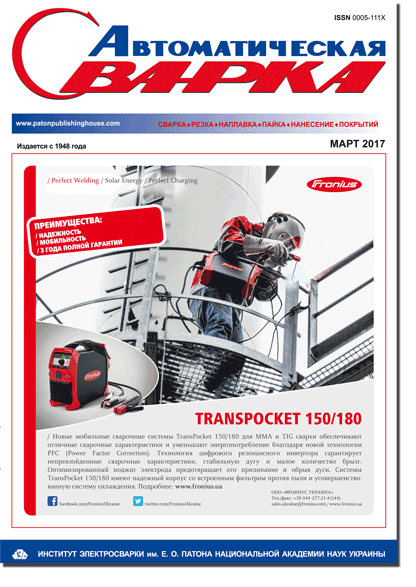 Abstract
The critical analysis of rationality of the further construction of vertical welded tanks for oil storage of 20–50 thous. m3 capacity with the use of coiled sheet (blanks) panels is given. It is shown that the application of coiling method during erection of tanks of large capacity in 1970–1985 was largely dictated by the foreign economic circumstances. The production capacities for manufacture of coiled sheet panels, created in those years, continued to dictate the need for construction of coiled tanks also in the period of economic stability in the country. The drawbacks of coiled tanks and the proposed ways of their elimination are considered. After the collapse of the USSR the construction of tanks for oil storage of separate sheets began in the CIS countries. On the example of tanks with a protective wall the possibility of improving their reliability is shown applying the new steels of increased and high strength. The proposals for the constructive improvement of the separate elements of tanks of large capacity and the new grades of steels, recommended for them are given. 26 Ref., 1 Table, 5 Figures.


View/Download PDF of this article, the file size (Kbytes):987
Pricing information for subscription