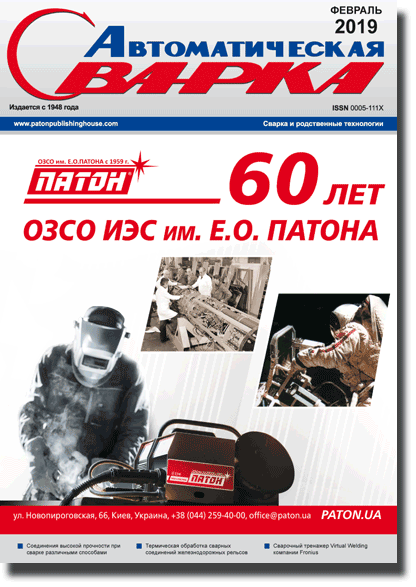 It is shown that if the deposited iron-based metal contains carbon of lower than 0.15 %, and chromium of higher than 16 %, then during its crystallization, at the stage of primary crystallization austenite dendrites will form, and during further cooling, austenite is transformed to ferrite. In this case, ferrite is formed within the boundaries of austenite dendrites and further does not undergo polymorphic transformations. Taking this position into account, the deposits were produced using flux-cored wire, which provided a content of carbon being 0.08 % and a content of chromium being 17...19.5 % in the deposits. The deposits were produced without the effect of a longitudinal magnetic field and with the effect of this alternating field of 6, 12, 24 and 33 Hz frequency. The studies of the macro- and microstructure of the deposited metal showed that during the effect of a magnetic field in the frequency range of 6...24 Hz, a significant decrease in the width and length of dendrites in the structure of the deposited metal was observed. The conclusion was made that the refinement of the structure (of dendrites) during  arc surfacing with the submerged wire is caused by the movement of liquid metal in the pool under the effect of a magnetic field and the influence on the primary crystallization, and not on the stage of polymorphic transformations of metal in the solid state. 4 Ref., 1 Tabl., 3 Fig.
Keywords: arc surfacing, magnetic field, crystallization, dendrite, austenite, ferrite

View/Download PDF of this article, the file size (Kbytes):1003
Pricing information for subscription